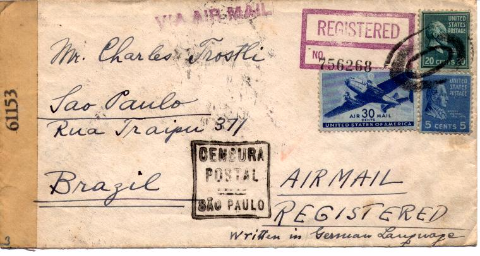 Combination Transport & Prexie cover to Brazil during wartime. Rate was 40c per 1/2 oz plus 15c for foreign registry fee.

This airmail series was issued during the year 1941 with First Day of Issue being several major stamp exhibitions throughout the year. They were issued to meet existing rates and denominations were, 6c, 10c, 15c, 20c, 30c and 50c all having the same design, only the colors were different.

In 1944 when the domestic airmail rate increased from 6c per oz to 8c per oz an 8c value was added. The 6c value was also issued in booklet form for ease of use by service personnel in the field.

The 6c value was the workhorse of the series. On December 13, 1941 after the United States entered World War II, FDR signed an executive order giving service personnel using APO/FPO addresses to use a 6c per 1/2 oz "concessionary rate". This took effect December 25, 1941 and remained in effect until September 30, 1946. The rate was later extended to Allied forces and contractors serving under the command of US forces. 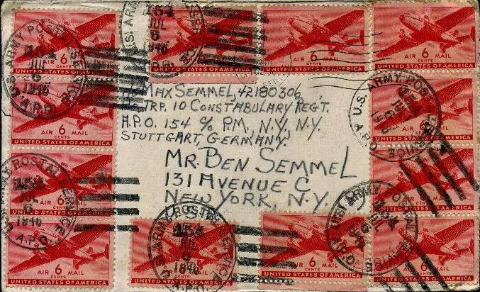 Happy soldier franked this one with 6c Transports for his son. Letter inside confirmed he was coming home. 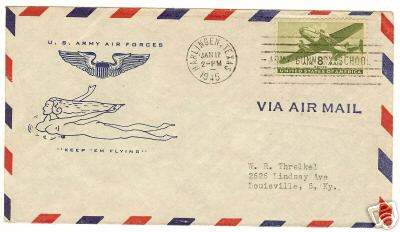 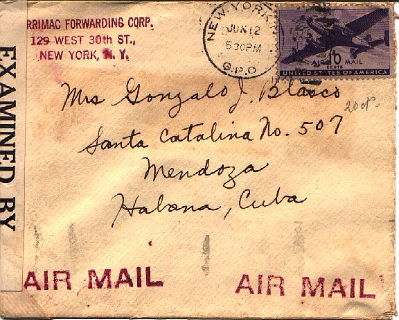 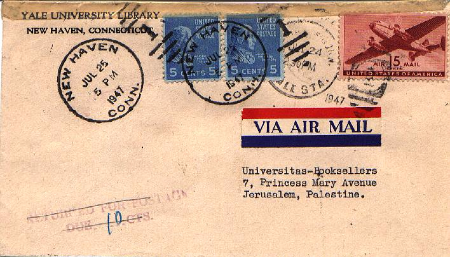 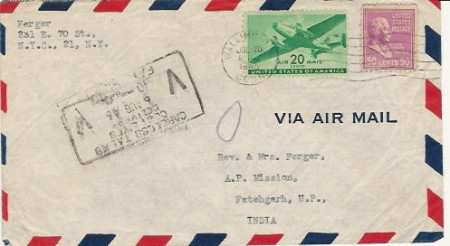 20c Transport (C29) paid between Possessions, and increased rate Hawaii to US mainland. 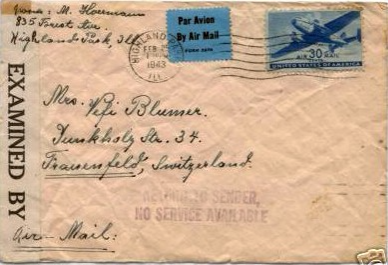 30c Transport (C29) paid 30c per 1/2 oz rate to Europe. In this case mail service to Switzerland had been suspended and the cover was returned. 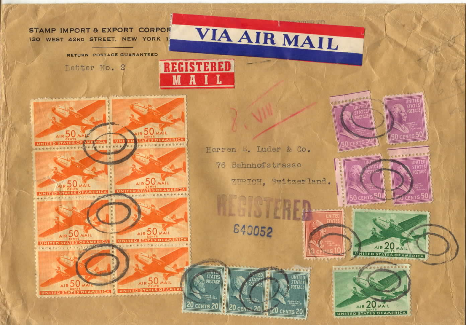